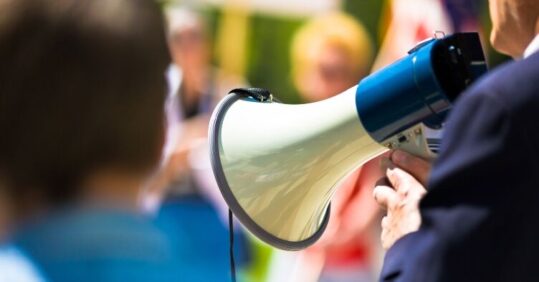 Doctors should consider taking part in locally organized demonstrations to support nurse colleagues during the strikes, the BMA has said.

In guidance on how to support nurses during December’s industrial action, issued on Friday, the union also said doctors may wish to bring hot drinks and food to nurses on the picket line as a way to show moral support.

Other actions doctors can take include spreading the word about fair pay and patient safety, the BMA said, while sharing links to free materials from the RCN website.

It also encouraged doctors to contact their local RCN branch to find out how they can help during the strikes.

The BMA guidance said: ‘The most important thing you can do is show moral support and not obstruct or discourage nurse colleagues in their legitimate right to take industrial action, but without in any way compromising your own position as a professional and an employee not directly affected by the dispute.’

It stressed that doctors across the UK ‘stand in solidarity’ with ‘colleagues who felt they had no other choice but to strike’.

‘It is now time that the governments across the UK listen to what healthcare staff are telling them about the working conditions in the NHS/HSCNI and take action,’ it added.

The guidance also advised doctors that their usual responsibilities might need to be adjusted during the days of industrial action.

GPs have expressed support for the strike, despite fears they may lead to increased workload for practices.

Practice nurses are not due to participate in the strike action, although the RCN has said that securing a fair pay rise for nurses on Agenda for Change contracts would act as ‘an indication’ of what nurses in general practice deserve to be paid.

The conference voted to offer its ‘full support to all junior doctors, specifically GP registrars, in pursuing full pay restoration to 2008 levels’.

A version of this article was originally published in our sister title Pulse.