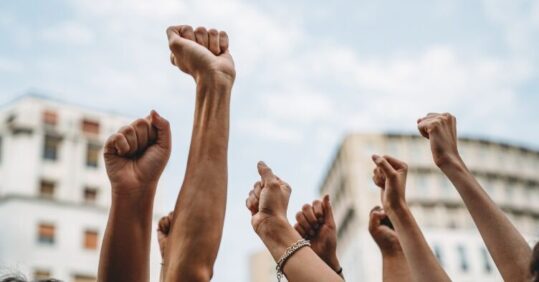 GPs have expressed support for upcoming nurses’ strikes, despite fears they may lead to increased workload for practices.

The RCN strikes on 15 and 20 December – the largest industrial action by nurses in the history of the NHS – fall in the weeks just before Christmas.

Although GPs typically see an increase in patients just before the holiday, according to East London GP Dr Farzana Hussein, she is supportive of the strikes.

She told Nursing in Practice sister title Pulse: ‘It is a very sad day that nurses are having to strike. I am supportive because I do not feel we are paying our nurses enough.’

Her main fear however, is that it will have a ‘huge knock-on effect’ for the seven million people that are already waiting for specialist care after a GP referral.

‘This strike is undoubtedly going to make it worse,’ she said.

Dr Dave Triska, a GP in Surrey, told Pulse he ‘envisages an administrative workload increase’ due to the strike, which he is ‘more than happy to absorb’.

‘I’m fully supportive of the nurses’ strike due to the unending real-terms pay decimation by the current Government,’ he added.

Tyneside GP Dr Paul Evans said: ‘The strike is almost certainly going to have an impact on GPs. We anticipate increased workload on GP practices.’

However, he added: ‘On a personal level, and as a member of the BMA council, I support fully my nursing colleagues in their campaign for fair pay restoration.’

GPC representative Dr Ivan Camphor, a GP in Merseyside, said: ‘Of course it will affect GPs’ workload, and it will have an impact on patients’ care because nurses are critical for primary disease management and care for patients in a community with asthma, diabetes and so on.

‘I completely understand why they want to go on strike but it will have a massive impact on patients in primary care.

‘Nurses have reasons to go on strike due to their pay structure. However, the pay rise level needs to be sustainable and deliverable.’

Meanwhile, a newsletter from Humberside LMC warned practices that there ‘will be more general practice demand generated in affected areas during the industrial action, placing greater pressure on access for all patients’.

‘For the safety of patients and well-being of staff, we will be recommending that practices follow strict workload control processes,’ it said.

The RCN is demanding a 5% pay increase for nurses above inflation, which would amount to a 17% increase.

Nurses will continue to provide emergency care but routine services will be impacted on the strike dates.

GP practice nurses are not due to participate in the strike action, although the RCN has said that securing a fair pay rise for nurses on Agenda for Change contracts would act as ‘an indication’ of what nurses in general practice deserve to be paid.

This comes after the RCN, Royal College of Midwives and Unison have delayed strikes in Scotland after  ‘final’ pay offer from the Scottish Government of a 7.5% pay increase on average.

A version of this article was originally published on our sister publication Pulse.