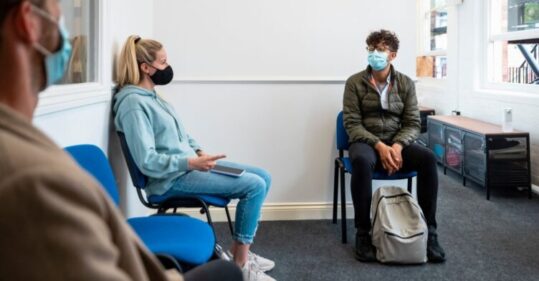 In a report published on Wednesday, the Public Accounts Committee (PAC) heard that people waiting for elective care might seek support from ‘already overstretched’ general practice services, creating a knock-on effect on the number of available appointments.

The PAC also urged the Department of Health and Social Care (DHSC) to ‘address longstanding workforce issues’ to deal with backlogs and ensure the current workforce is ‘well supported’.

This should include an assessment of how the size of the NHS workforce – including GPs and nurses – will change over the next three years, ‘so there is transparency about the human resources that the NHS has available to deal with backlogs,’ it said.

The report also said the NHS has not met its 18-week maximum waiting time standards since February 2016 – long before the pandemic – and suggested that the DHSC ‘did not increase capacity sufficiently’ to meet growing demand.

It said: ‘The Department must strengthen its arrangements for holding NHSE&I to account for its performance against waiting times standards for elective and cancer care.’

This should include expectations for improving waiting times over the next year, it said.

Currently, around 6.1 million patients are waiting to start treatment, with more than 311,000 waiting longer than a year.

Responding to the report, Matthew Taylor, chief executive of the NHS Confederation, said the 2010s brought ‘the longest financial squeeze in the NHS’ history’, leading to over 110,000 staff vacancies.

He said: ‘Until we find a credible way of addressing these shortages then we won’t make the inroads into the care backlog that are required.’

Meanwhile, Nuffield Trust’s deputy director of research Sarah Scobie said: ‘Most concerning is the fact that we know that things are set to get worse before they can get better.

‘Staffing shortages and the effect of the pandemic on their wellbeing have no quick fixes, and plans set out to boost the number of operations and procedures the NHS can carry out lean heavily on this exhausted workforce.’

This comes after a group of 13 healthcare unions have called on the Government to implement an ‘inflation-busting pay rise’ and an ‘urgent’ retention package for NHS staff and nurses in 2022/23.

A version of this story was originally published our sister publication Healthcare Leader.