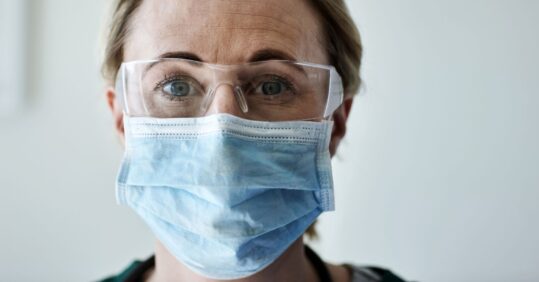 A group of 13 healthcare unions have called on the Government to implement an ‘inflation-busting pay rise’ and an ‘urgent’ retention package for NHS staff and nurses in 2022/23.

This comes after the RCN split from the group to call for a pay rise at 5% above inflation for NHS staff on Agenda for Change (AfC) contracts. The other unions said the RCN’s separate position would prevent AfC staff ‘speaking with one voice on pay this year’ in a joint statement on Monday.

Instead, the group – including Unison, GMB and Unite – said they had agreed, originally also with the RCN, ‘not to put a number against an expected pay rise’. This contrasts the approach in 2021/22 where unions set different figures including 12.5% from the RCN and £2,000 from Unison.

They had deemed it too ‘risky’ to set an increase given ‘forecasts differ wildly about how high living costs will rise throughout the pay rise’ and rising inflation rates, their statement explained.

But they did ask the Government to commit to increase NHS wages ‘over a clear timetable’, starting with the 2022/23 rise as a ‘down payment’. The ‘value of NHS wages has been held back over a long period of time as a matter of government policy,’ they added.

The group of unions want an uplift that is higher than inflation, absorbs the impact of pension contribution increases for many from 1 April and is implemented alongside a retention package to help ‘tackle the workforce crises blazing across the health service’.

Their joint submission to the NHS Pay Review Body (PRB), which advises the Government on pay for NHS staff, said this retention package will give priority to measures that:

They continued: ‘Whilst we argue that a decent pay rise should be at the heart of an urgent retention package this year, there are a number of non-pay earnings issues which – if resolved – could assist the NHS to prevent more people from leaving.

‘It is our view that addressing these issues could – alongside a decent pay rise – reduce preventable resignations from the service over the next 12 months.’

A ‘decent’ pay rise for all NHS staff is ‘critical’ – and must be set at a level that retains existing staff, and recognises and rewards the skills and value of healthcare workers, they added.

This comes after the RCN found 57% of nursing staff across healthcare settings are thinking about quitting or actively planning to quit their job, in an employment survey.

However, practice nurses are not included in AfC pay rises – and although the Government has said it is ‘on track’ to introduce 50,000 more nurses working in NHS and general practice settings, the number of nurses in general practice has seen no such rise.