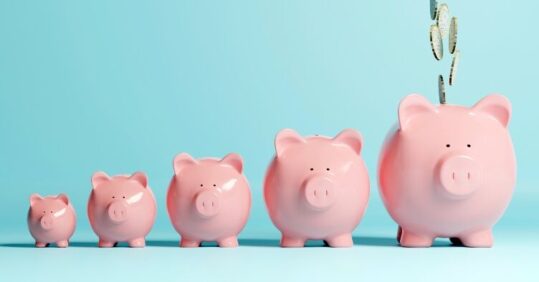 A series of proposed amendments to the NHS pension system aimed at boosting the workforce have been announced today, including measures to allow primary care network staff to join the pension scheme.

The reforms, expected to come into force late spring 2023, aim to enable staff to work more flexibly and stay in the workforce longer.

Top of the list of reforms are proposals to introduce a partial retirement option, remove the limits on hours that recently retired staff can work, and allowing staff in primary care networks to access the pension scheme. Previously, they were only allowed time-limited access on an ad-hoc basis.

In addition, the Government proposed measures to allow staff to rejoin the pension scheme and to fix the interaction between the pension tax system and inflation, although this last measure was primarily aimed at solving issues experienced by senior doctors.

The Department of Health and Social Care said the plans out for consultation will enable NHS staff to work more flexibly up to and beyond retirement age.

It claimed the reforms will ‘open up extra appointments so patients can see their GP and hospital consultants more quickly’.

However, the BMA warned that Government proposals to reform NHS pensions ‘are too little too late’.

Writing in a opinion piece for The Times, Mr Barclay said that the partial retirement option will ‘give older staff the opportunity to draw down portions of their pension while they are still working — and all the while building up more in their pension pots.’

For example, Mr Barclay said: ‘[A nurse] earning £31,534 with 28 years of service could draw down their pension aged 58 using partial retirement. An annual pension of £11,037 is paid and 3-day-a-week working pattern is agreed with a salary of £18,920. This gives a combined pay and pension income of around £30,000, almost replacing the pre-retirement income level.’

Returning staff will also see the 16-hour limit removed, which requires staff who retire and return from the 1995 section to work 16 hours a week or less in the first month after retirement.

Mr Barclay said the rule ‘makes no sense in the present context’.

Rules, including the 16-hour restriction and abatement, have been suspended following the pandemic, but are set to return into force from April 1st 2023.

Under the proposals, the DHSC said members with special class status – which applies to members of the scheme before 6 March 1995, who are eligible to retire at aged 55 instead of 60 unlike other members of their section – would still be subject to abatement until age 60 in normal circumstances.

Abatement affects nurses who have ‘drawn down’ part of their pension often by retiring, but have since returned to work. This rule requires NHS staff to reduce their pension for any amount earnt over a certain threshold after returning to work.

Commenting separately on the proposals, Mr Barclay said: ‘The generous NHS Pension Scheme is one of the best in the country, but it’s not working as it should for everyone.

‘We need a system where our most experienced clinicians don’t feel they have to reduce their workload or take early retirement because of financial worries. I also want to make it easier for staff that want to return to work to support the NHS to be able to do so without penalties.’

Minister of health, Will Quince, said: ‘The changes we are proposing to the NHS Pension Scheme will offer senior clinicians more flexibility and control over how and when they work, putting the decision about their career directly in their hands.

‘As a result, experienced, senior staff will no longer feel forced to retire early, ultimately benefiting patients by ensuring their expertise remains in the NHS for longer so we can continue to deliver world-class healthcare.’

The consultation will be open for eight weeks and reforms are expected to be implemented in late spring 2023.