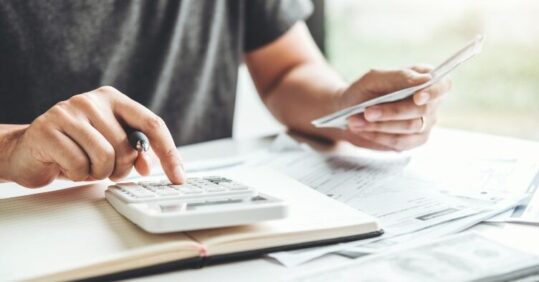 Hiring agency nurses and recruiting staff from overseas may be up to three times more expensive than giving nurses a pay rise 5% above inflation, as the RCN has called for, analysis published today has suggested.

Research, conducted by The London Economic on behalf of the RCN, calls into doubt the Government’s policy of mass recruitment from overseas to fill the almost 47,000 nursing vacancies currently in England, with the RCN arguing that a 17.3% pay rise for nurses (12.3% RPI inflation plus 5%) would be more ‘cost effective’.

This comes as RCN members across Britain are being balloted on whether to go ahead with industrial action, following an overwhelming rejection of the Government’s pay offers.

The analysis argues that offering a 17.3% pay rise to a Band 5 Agenda for Change contract nurse would only cost £7,100 extra per nurse per year.

However, it suggested that the true price of hiring an international nurse of equivalent experience is £16,900 per nurse, when taking upfront costs such as visa applications and interview costs. This is 2.4 times more than the figure provided by the RCN for its recommended pay rise.

However, this is a high estimate of the cost of overseas recruitment, in comparison to other estimates – with the Nuffield Trust estimating that the figure is in the region of £10,000-12,000.

It is also worth noting that the cost of hiring new nurses is not directly comparable to the cost of a pay rise.

The fee for hiring an overseas nurse is a one-off cost as opposed to a yearly rise – and data from Nuffield Trust suggests that once this nurse has entered the workforce, they will remain working for around 12 years on average.

In addition, overseas recruitment would also directly boost workforce numbers through new recruits, as opposed to a pay rise that would not lead to new recruits but may aid retention.

Currently, almost half of new joiners to the UK nursing register are recruited from abroad.

Likewise, The London Economic’s analysis estimates that the ‘true cost’ of hiring an agency staff nurse is £21,300, three times as much as offering a pay rise to nurses.

Although it noted the actual cost of hiring an agency nurse is £4,200 cheaper than offering nurses a pay rise, it argued the NHS agency price cap of 55% above the basic hourly rate is regularly broken through a ‘break glass’ clause, making the true cost higher. However, it acknowledged that data on the frequency of ‘break glass’ clauses is no longer collected.

Likewise, it found hiring bank staff is £2,000 less expensive than offering a pay rise to nurses. But the authors argue that, assuming a mix of half bank and half agency staff are used, the average annual cost of a temporary nurse would be £13,200.

It is worth noting, however, that this estimate of the ratio of bank to agency staff is on the higher end. Expert opinion suggests that the proportion of agency staff is expected to be much lower.

Using these calculations, the average annual cost of a temporary nurse would be £6,100 higher than the cost of 5% above inflation pay rise – but only assuming that all agency staff were hired through a ‘break glass’ clause and not at the NHS price cap, and assuming an even proportion of bank and agency staff.

As an example, NHS professional’s submission to the Health and Social Care Select Committee showed that on a given day in 2021 there were 96,442 bank hours filled and only 26,974 agency hours. This gives a bank-to-agency ratio of approximately 78% to 22%, far lower than the RCN’s estimated ratio.

RCN general secretary and chief executive Pat Cullen said: ‘At a time of grave financial uncertainty and record nursing vacancies affecting patient care, ministers must do what is fiscally responsible.

‘Our NHS is built on the shoulders of our international colleagues and agency nurses play a vital role in patient care, but the UK Government must strengthen the domestic workforce’.