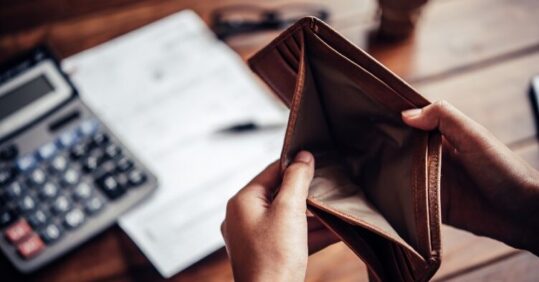 The Scottish Government’s latest ‘record’ improved pay offer for nurses gives an average uplift of 7%, although it has already been described as ‘deeply insulting’ by unions.

Today, the Scottish Government announced a new pay offer of an additional £2,205 for all NHS staff on Agenda for Change contracts.

Scottish health secretary Humza Yousaf had previously committed to making a ‘significantly improved offer’ ahead of a series of talks with health unions, which took place this week.

However, Mr Yousaf’s proposal has already faced strong criticism from Unison Health, the RCN, and the RCM .

RCN Scotland director Colin Poolman accused the Government of failing ‘to listen to our members concerns for the safety of their patients’.

He said: ‘This offer fails to recognise the clinical skill, expertise and leadership of registered nurses. It will do nothing to address the staffing crisis, the life-threatening delays we are seeing at Emergency Departments or the lengthy waiting lists for treatment across Scotland’s NHS.’

The RCM is also calling on the Scottish Government to re-think its offer, with Jaki Lambert, director for Scotland, saying: ‘This is not the substantially increased offer promised by the Scottish government and it will be very, very disappointing news for midwives across the country.

‘It is designed to make them and NHS staff think they are getting something, when in reality they are getting very little. They and their colleagues will not be fooled by this tiny carrot that the Scottish Government is dangling in front of them.’

Across Scotland, England, Wales and Northern Ireland, nurses on Agenda for Change contracts are currently being balloted on whether to support the unprecedented move of UK-wide industrial action.

All unions involved in the talks are still urging their members to vote for industrial action, despite the promise of a pay uplift costing £480m.

Mr Yousaf said that he was ‘grateful to trade union colleagues and NHS employers for constructive discussions on pay’, adding that ‘we owe NHS staff a debt of gratitude for leading us through the greatest public health crisis in recent history’.

He added: ‘This improved pay offer is the largest of its kind since devolution – reflects their hard work and will go a long way to help them through the cost of living crisis.’

The pay offer would be backdated to 1 April 2022 and could arrive in paychecks before Christmas, according to the Scottish Government.

Chair of Unioson’s health committee Wilma Brown, however, pointed out that the offer was far from being accepted: ‘This offer is an improvement and the unions have agreed to think it through. We are sharing the details with NHS staff right now as they will decide whether this offer is good enough.

‘Unison Scotland’s Health Committee will meet on Wednesday (26 October) to consider the detail of the offer fully and agree the next steps.’