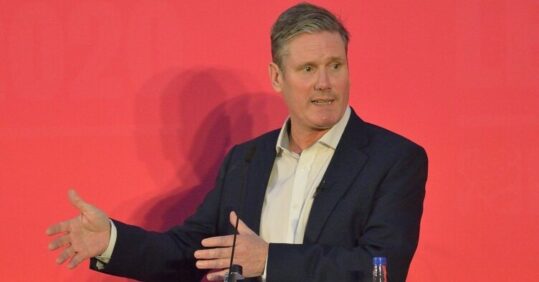 Labour will not actively explore the introduction of non-degree routes into nursing, the party has confirmed to Nursing in Practice, despite previous media reports to the contrary.

On Sunday, The Times reported that Wes Streeting, shadow minister for health and social care, was ‘looking at alternative, non-degree routes into nursing’ in order to ‘reduce some of the financial barriers putting off applicants’.

However, a Labour spokesperson has since confirmed to Nursing in Practice that Labour will not directly pursue non-degree routes into nursing, although they refused to rule this out entirely.

As part of its plans for the NHS announced last month, Labour also intends to introduce an independent workforce body, which would produce recommendations for the Government of the day including creating new types of healthcare professional.

To ensure that this body acts in the long term interests of the NHS, the spokesperson said that Labour would not restrict what kind of recommendations it could make or what options it could explore – including non-degree routes.

This comes as Ann Keen, Labour’s volunteer adviser on nursing policy, told Nursing in Practice that she had been informed by members of the Labour policy team that reports the party was pursuing non-degree routes into nursing were ‘untrue’.

Mr Streeting ‘wants the opposite’ of non-degree routes for nursing, she said, explaining that he wants nurse recognition, and for nurses’ education to be the ‘best that it can get’.

She continued: ‘He is looking at apprenticeships as, for the more mature applicants, they seem better suited. The last thing he is doing is supporting the idea that [nurses] don’t need degrees.’

Ms Keen, who was appointed nursing adviser to Sir Keir Starmer in December 2021, was also formerly parliamentary under secretary of state for health services for the Labour government between 2007 and 2010, as the first registered nurse to hold a ministerial position.

However, the Labour spokesperson did not confirm whether or not the party was looking into potentially expanding nurse apprenticeships, although this policy may be pursued if recommended by the independent workforce body.

They also told Nursing in Practice that, while Labour was not opposed to overseas recruitment, they believed the practice to be unsustainable and potentially unethical at such high levels.

The Government is having to resort to an overseas recruitment drive because the staffing crisis they created is so acute, they added.

Data released today by the NMC shows that overseas recruitment has increased 135% in the last year with 23,444 nurses and midwifes joining the register from abroad this year.

The spokesperson also pressed the point that overseas recruitment could not be the long-term solution, particularly when there’s a global shortage of doctors and nurses. Maintaining that there were also ethical questions over recruiting from countries like Nepal, which don’t have enough healthcare workers of their own.

This comes shortly after Labour announced ambitious plans to boost the NHS workforce, including by doubling the number of district nurses that qualify each year and hiring 5,000 more health visitors.