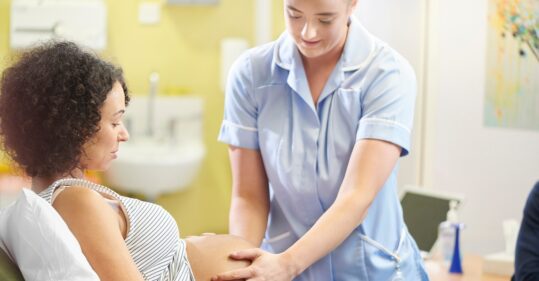 Midwives are missing meals and delaying going to the toilet because they do not have enough time for breaks, a Royal College of Midwives survey published yesterday has revealed.

The survey of almost 1,000 RCM members also found many are working additional unpaid hours, on top of long shifts, with more than a fifth are working at least five extra hours each week for no pay.

RCM employment relations advisor Alice Sorby warned midwives ‘are putting their own health and wellbeing on the line to ensure that women and babies get the care they need’, by missing meals and other tasks important for wellbeing.

Ms Sorby continued: ‘Covid-19 has undoubtedly increased the pressure on midwives, some of whom have been working additional hours unpaid just to keep maternity services open and running.’

During a typical working week, nearly nine in ten (87%) respondents said they had delayed going to the toilet to keep services going, while 77% skipped meals and a quarter did so always or most of the time.

In addition, more than half (52%) feel dehydrated most or all of the time at work because they lack time to get a drink, and 37% never or rarely take their entitled breaks.

The RCM says it is disappointed with the findings, which show little improvement on the same survey that was undertaken as part of its Caring for You campaign in 2016.

Ms Sorby continued: ‘The physical and mental health of midwives, maternity support workers and all NHS staff has never been more important.

‘We must break this vicious cycle by investing in staff in areas where there are shortages,’ she added.

Labour shadow health minister Justin Madders said the findings were ‘deeply disturbing’, adding that midwives are being ‘let down’ by the Government.

He said: ‘We are short of 2,500 midwives in the NHS in England which, against an overall staffing shortfall of over 100,000, is forcing staff to do more and more and putting them under ever increasing strain.’

Last week, scientists warned that maternity workers should be regularly tested for Covid-19, after finding more than a third of staff in two London maternity units were unaware they had been infected.

Read more: Infant feeding guidance: where are we now?