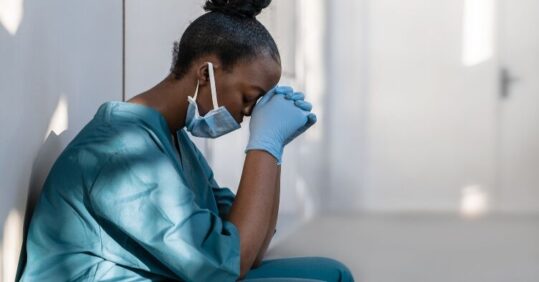 An independent internal investigation launched into the culture of the RCN has revealed that the college is ‘an organisation which at its top, is riddled with division, dysfunction and distrust’.

The report, conducted by Bruce Carr KC, paints a damning picture of an organisation and council marred by organisational, structural, and political issues as well as fostering a sexist culture.

Following its publication, RCN chief executive Pat Cullen pledged to ‘overhaul’ the organisation, launched immediate investigations into incidents referred to in the report, and announced a formal General Meeting in person on 29 November.

In his opening to the report, Mr Carr writes: ‘The RCN has been described as being “in a state of crisis as it goes blindly from one catastrophe to another without any respite in sight” On the basis of what I have seen, it is difficult to argue with that assessment.’

The RCN Council, its elected governing body, received the most damning criticism for its many leadership failures.

This is caused in part by the council’s membership, most of which, but not all, ‘tended to come up through the ranks of union activity first at branch and then regional or country level’, he said.

Membership of the council is also dominantly white and male, despite 90% of members being women and 45% coming from black and minority ethnic (BME) backgrounds, it noted.

Despite women and ethnic minorities making up only a small number of the council, Mr Carr called it ‘striking’ that of the five resignations from the council in the last three years, four were women and three were from BME backgrounds.

One female staff member told the report that ‘some of the elected members’ were ‘so misogynistic’ that she resorted to sending instant messages to male colleagues in order for them to raise points on her behalf during meetings, as this would be the only way her ideas would be listened to.

In addition to a culture of misogyny, the report also found that the council was unable to govern effectively due to an excessive focus on crisis management ‘exacerbated by the absence of a clear understanding of what the College should be doing as an organisation and how that should be put into practice’.

The report also made revelations about allegations of sexual harassment that surrounded the RCN’s annual Congress.

According to the report, the Congress ‘is seen by many as an opportunity to engage in sexual activity which will carry with it a substantial risk that a line will be crossed so as to become exploitative’.

Extra-marital relationships at Congress were so frequent that the phrase ‘Congress-wife/husband’ came into common usage, it found.

Student nurses seemed to be exposed to potential exploitation as Mr Carr was told that students were ‘being harassed to give their telephone numbers and were getting calls late at night from [some other Council members]’.

‘It’s a nightmare, it’s always been a nightmare and when some of the staff go they go in the knowledge that they need to be the last one out of the room so if there’s any behaviour they can see it and try and stop it.’

This comes after RCN Congress in 2021 was moved online following ‘serious allegations of sexual harassment’, although it was once again in person this year.

The RCN, said Mr Carr, ‘does not appear to have an overarching plan or strategy’.

He partly attributed the Council’s inability to govern was partly attributed to a ‘paralysing’ fear that members could call an Emergency Board Meeting (EGM) and effectively overthrow members of the council as had been the case in 2018 and 2020.

The RCN only requires 1,000 members, or 0.2% of the membership, to sign a form in order to call an EGM. This, according to the report, prevented the council from making any decisions for fear of a small special interest group calling an EGM.

As one anonymous council member told the report: ‘From a cultural perspective and in terms of decision making and accountability that seems to me to produce paralysis because everybody is looking over their shoulders thinking ‘oh hang on if we do that we’ll get EGM’d’.’

Mr Carr said that ‘the ultimate result is the antithesis of a “member-led” organisation – it is anti-democratic in that it allows a tiny proportion of the membership to stifle legitimate activity’.

This has led to the council making important decisions without the inclusion of staff or even the Secretary General, currently Pat Cullen.

In one instance, the Council approved the creation of a £35m strike fund in March 2021 without any oversight from members and without the Secretary General even being present.

One staff member told report that the money was never properly made accessible: ‘I have to say, it wasn’t real because it sits in the reserves. It’s just a line on a bit of paper. No mechanism was ever set up to access that money, at any point in time.’

Today, RCN general secretary and chief executive Pat Cullen pledged to ‘overhaul’ the organisation as a result of the Bruce Carr KC review into the culture of the College.

Ms Cullen said: ‘Where behaviours have fallen short in the past, I apologise today on behalf of the entire RCN. I will hold this report close as I redouble efforts to overhaul this College and give members the strong, professional and genuinely representative organisation they deserve.

‘I do not want to see this proud body dragged through the mud but my commitment to leave no stone unturned is even greater. No individual is beyond reproach. Whatever role they held previously or even today, those implicated in the report, and following appropriate investigation, will face internal and regulatory consequences.’

The independent review into the culture of the RCN, first commissioned in summer 2021, follows a report by KPMG on the governance of the College published in May this year.

The RCN has accepted the recommendations of both reports and will keep members informed on how it intends to make those structural reforms and raise standards, it said.

It encouraged members who would like to talk in confidence and seek support to speak to Validium on 0800 783 1157. If anyone has any information related to the report’s content to share, they can  call SafeCall on 0800 028 2511, it added.