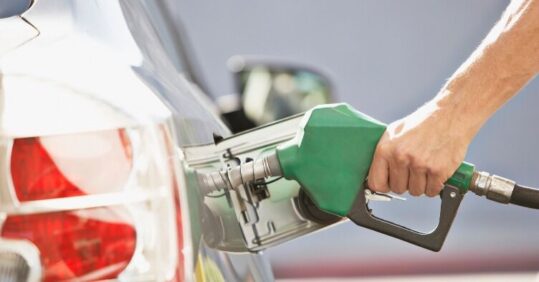 Rising petrol prices are pushing away new staff and deepening existing staff shortages, NHS leaders have warned in a new survey by the NHS Confederation and NHS Providers.

On average, the leaders of the community services who responded to the poll estimated that up to 8% of their current staff could leave in the next year if action is not taken over fuel costs. This has compounded concerns that staffing issues will impact patient care.

Nine in ten respondents also said they are either extremely or moderately concerned about their organisation’s ability to deliver all their services due to staff shortages linked to the rising cost of fuel, while over two-thirds said they are extremely concerned about their organisation’s ability to recruit new staff and retain current employees.

Following the survey results, the NHS Confederation and NHS Providers are calling for ‘urgent national action’ to tackle the impact of increases in the cost of fuel on NHS community services.

Community staff, who are often required to drive long distances visiting patients in their homes, are particularly effected by rising fuel costs.

One community provider leader who responded to the survey said some staff are paying an additional £200 a month to visit patients, while another said that over 750 of their staff had applied for financial help with their bills in the past three months.

Currently, if NHS staff travel use their cars for work, most can claim taxable expenses of 56p per mile up to 3,500 miles and 20p for any miles beyond that. Despite large increases in the fuel costs, this rate of reimbursement has remained static since 2014.

Many providers have already put measures in place to support frontline staff struggling with rising petrol prices. The survey found that 66% of providers are increasing the reimbursement rate from their existing budgets and 39% are scrapping the 3,500 mile cap.

However, NHS Confederation and NHS Providers say that without a national uplift in reimbursements rates and a change to the HMRC tax free mileage rate, staffing shortages will continue to be an issue.

Matthew Taylor, chief executive of the NHS Confederation said: ‘If NHS staff working in the community can’t afford to fill their tanks, then they cannot make important house calls and check in on some of the most vulnerable and poorly patients in our communities.

‘This in turn will have a knock-on effect on other services, with increasing numbers of patients needing to use ambulances, go to A&E or their local GP practice when they could otherwise be cared for at home.’

Saffron Cordery, interim chief executive of NHS Providers, said: ‘Rocketing prices at the petrol pumps mean that staff who drive long distances to see patients in their homes are spending a small fortune to do their vital jobs – especially in rural areas.

‘Vacancies for health visitors and district nurses are high already, and soaring fuel costs risk driving away staff we can ill afford to lose. Without community staff keeping people well in the community, more demand will be placed on other parts of the health and care system which are already under pressure at a level never seen before.’

This comes after the NHS Confederation took an ‘unprecedented move’ to directly ask the Government to intervene on rising energy costs earlier this month.