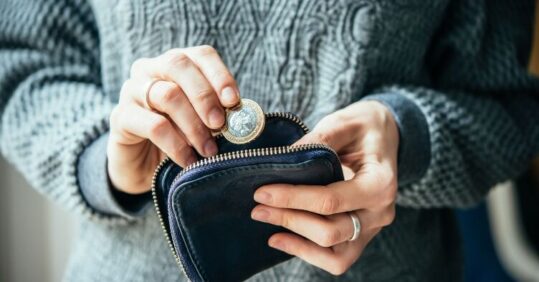 Nurses’ wages have declined in real terms by at least 20% over the last decade, despite successive pay rises for those on Agenda for Change, a new study has found.

Research conducted by London Economics, and commissioned by the Royal College of Nursing (RCN), suggested that an experienced nurse at band five or six of Agenda for Change is now being paid the same for five days of work as they would have been for four days of work in 2011.

Nurses have received a number of successive pay rises over this period, a total of 7.6% in England, Wales, and Northern Ireland, and a raise of 9.2% for nurses in Scotland. However, London Economics says that rising inflation and gradual increases in the cost of living have eroded nurses’ wages to the extent that they are equivalent to pay cuts.

RCN general secretary and chief executive, Pat Cullen, said: ‘This exploitation of nursing staff cannot be tolerated any longer. In the pandemic, the politicians urged the public to clap for carers, but now they are wilfully ignoring nursing’s astonishing efforts and expertise.

‘Ministers have stubbornly resisted the requirement to address the workforce crisis, including paying nursing fairly, instead rejecting any opportunity to act. They have taken advantage of nursing’s goodwill and steadfast determination to act in the interests of their patients.’

The RCN industrial action ballot will close in two days, with over 300,000 nurses across the UK having had the opportunity to have their say on whether or not to proceed with historic NHS strikes over a below inflation pay offer for nurses’ wages.

While an improved pay offer in Scotland prompted Unison, Scotland’s biggest health union, to suspend its own industrial action ballot, the RCN is still urging members to support strike action.

If more than 50% of all eligible members vote in favour, then nurses across the country may take to the picket lines.

While retail price index inflation is already at near record levels of 11.8%, London Economics estimates that the rate of inflation on ‘unavoidable expenditure’ such as fuel, transport, rent and insurance has risen to over 17%.

This amount was slightly lower in Scotland, and a Scottish nurse would still require a raise of 39% compared with June’s, now outdated, pay offer, it was suggested.