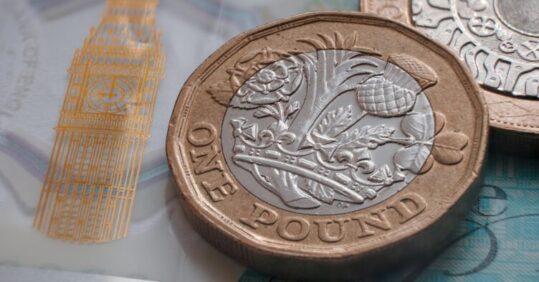 The Chancellor Rishi Sunak must choose between imposing ‘severe’ real-terms pay cuts on nurses or spending much less than intended on public services, the IFS has warned.

The economic research institute said its analysis, published yesterday, shows that ‘rapidly rising inflation’ and the onset of the war in Ukraine will ‘wipe out’ at least a quarter of the real-terms increases to public services spending announced in the spending review in October 2021.

But if Mr Sunak chooses to reflect rising inflation rates in higher public sector pay awards, this would cost around £10bn, or around £1,750 per worker, it said. Yet not upping pay means the average public sector worker will see their gross salary reduced by around £1,750 in real terms.

The IFS warned: ‘He will either have to impose severe real pay cuts on teachers, nurses and other public sector workers, on top of big cuts over the last decade, or spend much less than intended on other aspects of public services, or add even more to public borrowing.’

The analysis comes ahead of the Chancellor’s spring statement due on 23 March.

Paul Johnson, director of the IFS, said Mr Sunak has to make a ‘huge judgement call’ in his spring statement now inflation is higher than he expected at the spending review last autumn.

‘If pay rises for nurses, teachers and other public sector workers even just match inflation there will be billions less than intended for other aspects of public spending,’ he summarised.

‘If they do not match inflation then the real pay of millions of public sector workers will fall yet again, after a decade not just of falling behind the private sector but of significant real cuts in pay.’

‘More broadly, the era where Chancellors could use defence spending cuts to enable NHS spending to rise without an overall increase in the size of the state seems well and truly over,’ he said.

This comes after the RCN called for a pay rise at 5% above inflation for NHS staff on Agenda for Change (AfC) contracts in 2022/23. This was a split from other healthcare unions, who called for an ‘inflation-busting pay rise’ and ‘urgent’ retention package but did not name a figure.

However, the Government has identified an ‘affordable headline pay award of up to 3%’ for nurses on AfC contracts, although the final decision on pay is not likely to be made until May.