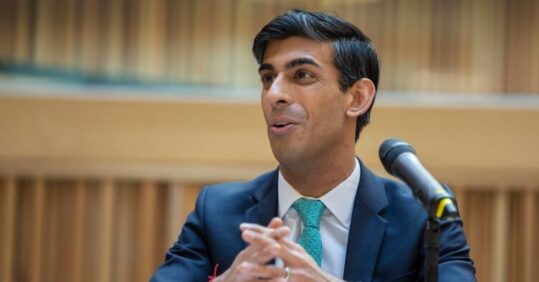 Speaking at his very first Prime Minister’s Questions, Mr Sunak told parliament that ‘we will always support our hard-working nurses’.

The Prime Minister added: ‘That is why, when I was Chancellor, we reintroduced the nurses’ bursary, provided more training and introduced very strong pay increases.’

In July, nurses on Agenda for Change contracts were offered an average 4% pay uplift in a move that the RCN described at the time as a ‘grave misstep’.

The pay offer was, in fact, handed down by Steve Barclay who has now returned to the position of health secretary, after briefly being replaced by Thérèse Coffey.

Despite the Prime Minister’s claims the offer, as has been pointed out by numerous trade unions, is far less strong due to rising inflation.

While the official rate of inflation is already near record levels at 10.1%, recent data from the Office for National Statistics found that the price of food in supermarkets has risen 17% in the last year.

A recent survey by NHS Providers found that some nurses are being forced to skip meals in order to feed their children and are struggling to afford transport to work.

After overwhelmingly rejecting the offer, the RCN has commenced industrial action ballots for over 300,000 nurses across England, Wales, Scotland, and Northern Ireland. The ballot is set to conclude 2 November.

After committing to a ‘significantly improved’ pay offer, the Scottish Government has offered staff a £2,205 uplift – equal to an 8.45% increase for most nurses. However, the RCM said that the offer was disappointing and called on the Government to re-evaluate their position.

Rishi Sunak was responding to a question from Richard Burgon, Labour MP for Leeds East, who said: ‘A nurse would have to work for over 20,000 years in order to match the vast wealth of the Prime Minister.

‘He knows only too well that the super-rich could easily afford to pay more in taxes, so rather than announcing a new wave of cuts and austerity, would it not be fairer for the Prime Minister to introduce wealth taxes on the very richest in our society?’