Nurses pay tribute to Queen and ‘long connection’ with profession 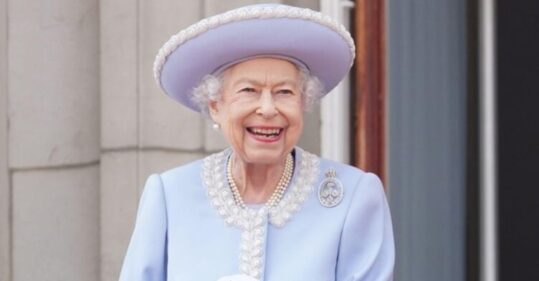 Nurses have remembered Queen Elizabeth II and her impact on the profession after a ‘long connection’ with the nursing community throughout her reign.

Tributes have been pouring in after Her Majesty, who is the UK’s longest-serving monarch, died on 8 September aged 96, following her 70-year reign.

Pat Cullen, RCN chief executive, expressed her ‘deepest condolences and great sadness at the loss of Queen Elizabeth II’, noting ‘we have lost a dedicated Queen and Royal Patron’.

She continued: ‘She will be missed by nursing staff across the UK. Queen Elizabeth II had a long connection with the nursing community.’

For example, as Princess, she became president of the Student Nurses’ Association in 1944 and opened a new RCN library in 1945. She also attended the premiere of the Florence Nightingale movie, The Lady with a Lamp, in 1951 to aid the College’s educational funds.

Following her coronation in 1953, she became a full patron of the RCN and officially opened the new headquarters of the RCN Scotland Board in Edinburgh in 1994.

This comes after the RCN announced that it would postpone the launch of its strike ballot, which was planned for 15 September, out of respect following the death of the Queen. Campaigning will also pause until further notice.

She noted that ‘people around the world will be mourning her loss, including many of our NMC colleagues and the professionals on our register’, following her long reign.

She continued: ‘Hers was a lifetime of service, including a special moment in our history when she opened our refurbished building at 23 Portland Place on 18 December 1986. We thank her for her dedication, her commitment, and her leadership. May she rest in peace.’

The NMC said its core regulatory work will continue as normal for now, although it will update its website if state funeral arrangements impact on its work.

The QNI also released a statement extending ‘heartfelt condolences’ to the Royal Family, on behalf of the Council, QNI staff and Queen’s Nurses.

It noted that Queen’s nurses ‘are inextricably linked to the Queen as our Royal Patron’, with Queen’s Nurses working ‘in her name’ as a ‘great supporter of nursing and healthcare throughout her long reign’.

It added: ‘They will continue to work in the name of Her Majesty the Queen and each and every one of our Queen’s Nurses is deeply saddened by the death of our beloved Royal Patron.’

It is ‘thanks to Her Majesty’ that the title of Queen’s Nurse was reintroduced in a different form in 2007, it added, which it said ‘led to such a growth in the appreciation and understanding of the work of community nurses’.

Dr Crystal Oldman, QNI chief executive said: ‘We are deeply saddened by the death of Queen Elizabeth II, our Patron. She was an outstanding supporter of the QNI and nursing, both nationally in the UK and internationally in the many years of her reign.’

‘Mother of the nation’

Gill Walton, chief executive of the Royal College of Midwives, who was awarded a CBE in the Queen’s Birthday Honours in June this year, told Nursing in Practice that the organisation is ‘deeply saddened’ by her death and their thoughts are with ‘the whole Royal Family’.

She said: ‘In many ways, the Queen has been the mother of the nation and an inspiration to us all as midwives and maternity support workers for her steadfastness, her devotion to duty, and her leadership. These are qualities we all seek to emulate in our professional lives.

‘When my appointment as CBE was announced as part of the Platinum Jubilee honours earlier this year, it was the proudest day of my career, and indeed, of my life. Her loss will be felt deeply by me, by those in the NHS and indeed by the whole nation.’

Sharon Aldridge-Bent, director of nursing programmes – leadership at the QNI, who awarded an MBE at the same event, told Nursing in Practice: ‘As a Queen’s Nurse, I feel so privileged to have been awarded an MBE in the Queen’s Jubilee Birthday Honours for community nursing. This feels like a real moment in history. My heart is full of pride and sadness in her passing.’

Meanwhile, International Council of Nurses chief executive Howard Catton said: ‘As a British nurse I know that she has been a constant part of our lives for as long as many of us remember, having carried her people through some of the most difficult of times and this will be felt as a personal loss.

‘It’s important now to mourn, to share and give thanks. She’s gone but her values live on – her ability to care, unite, lead and to make us smile and that’s a legacy nurses will commit to continue.’