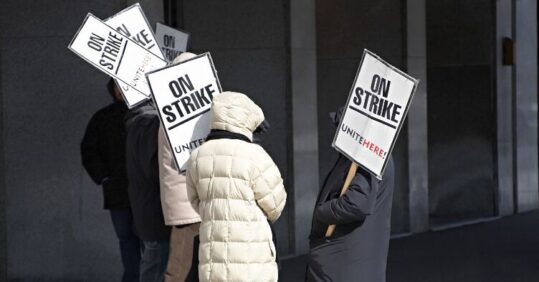 The Royal College of Nursing (RCN) strike is set to continue into the coming weeks as the college announces that further walkouts across England will take place on 18 and 19 January.

In an escalation of the ongoing pay dispute nurses in 55 trusts in England, 25% more than the 44 trusts which took part in December’s industrial action, are set to walk out if ministers fail to open pay talks.

This follows a nursing strike across England, Wales, and Northern Ireland on 15 and 20 December. However, Northern Irish and Welsh trusts will not be joining their English counterparts in January’s nurses strike.

RCN secretary general, Pat Cullen said: ‘The Government had the opportunity to end this dispute before Christmas but instead they have chosen to push nursing staff out into the cold again in January. I do not wish to prolong this dispute but the Prime Minister has left us with no choice.

‘The public support has been heart-warming and I am more convinced than ever that this is the right thing to do for patients and the future of the NHS.’

The RCN also confirmed that while Northern Ireland and Wales were not included in these dates, they are committed to giving every nurse employed where strikes have been mandated the opportunity to strike if the dispute continues.

RCN members in Scotland had previously delayed industrial action to vote on whether to accept an improved pay offer made by Scottish health secretary Humza Yousaf. However, members overwhelmingly voted to reject the offer and the organisation said it will be announcing strike dates for ‘early 2023’.

As yet, health secretary Steve Barclay has been unwilling to enter into formal pay negotiations with the union, arguing that this is a matter for the NHS independent pay review body.

However, according to reports made in the Telegraph, ministers are preparing an offer which would bring forward the annual pay award in return for calling of the planned nursing strike.

Typically the pay review body publishes its recommendations in spring or summer, but now a source close to Mr Barclay said the minister was keen to “speed up the process” of giving NHS staff a pay rise rather than improving on the existing deal, with a new offer potentially arriving earlier than Spring.

In December, Mr Barclay told NHS workers that they should “look forward” to next year’s pay deal rather than complaining about this year’s £1,400 pay award.