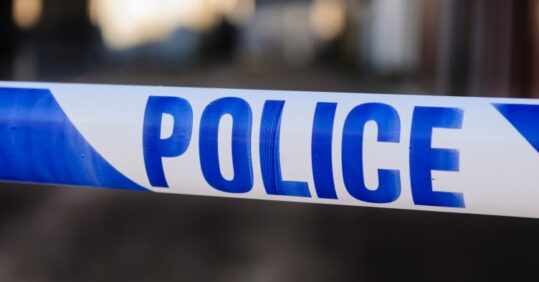 Police tape at the cordon across a crime scene
Caitlin Tilley

GP practices have again been targeted with violent abuse, including bomb threats, while patients continue to erroneously claim that they are closed.

Minster Medical Practice in Lincoln received a telephone call on Thursday 12 August from a male saying that there was a pipe bomb underneath a staff vehicle.

The suspect had been removed from the practice’s list of patients earlier in the month after threatening and making negative comments to a GP.

And, last Wednesday (11 August) blood-soaked items were thrown at receptionists at May Lane Surgery in Dursley, Gloucestershire, by a patient who attended the practice.

All incidents have been reported to the police, according to the Institute of General Practice Management (IGPM), which posted a series of tweets about the incidents this morning.

Jo Downes, practice manager at the Minster Medical Practice, said: ‘Our staff behaved professionally throughout the incident and were a credit to the practice, however this has caused considerable distress to some staff including loss of sleep and physical symptoms of distress.

‘As a practice we are disappointed that a patient would do something so disruptive to other patients, local residents and business and the emergency services particularly as demand for our services is currently so high.

‘We have experienced an increase in abuse and aggression towards our staff over the past few months whilst trying our best to provide the best care possible.’

The IGPM said a media campaign is needed to dispel myths circulating that GP surgeries have been shut during the pandemic.

And it said patients needed to be reminded that practices are acting on the Government’s advice to offer telephone appointments in the first instance.

Patients on social media are claiming practices are closed, but this is not the case, the organisation said.

A spokesperson added: ‘What patients need to remember sometimes is that the staff who work in the surgeries are often part of the local community and will read these things – and it can have a profound impact on them.’

The reports of the abusive incidents were met with messages of support on Twitter.

Dr Selvaseelan Selvarajah, a GP from the East End of London, said: ‘Receptionists do not deserve this. They are doing their best within a system that is struggling with demand, lack of clinicians and resources. They shouldn’t be fearful of being attacked in their place of work’.

The attacks on social media also come amid a reported rise in abuse toward healthcare workers since the Covid-19 pandemic began:

A version of this story was originally published by Nursing in Practice sister publication Pulse.