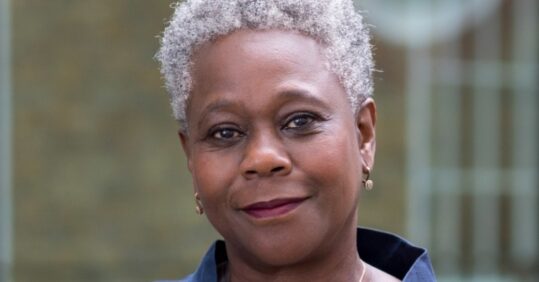 Chief executive and general secretary of the RCN Dame Donna Kinnair is leaving her role after two years following a period of ill health.

Dame Donna said she had been ‘honoured to represent my profession in this role, particularly throughout the challenges of the pandemic.’

As well as leading nursing’s principal union through the Covid-19 crisis, she worked in the ICU of the Nightingale Hospital in London.

‘I wish my colleagues and our membership all the best for the future and look forward to taking on some new challenges after my recovery,’ Dame Donna said.

Dame Donna’s resignation will be effective immediately and director of RCN Northern Ireland Pat Cullen will continue in the role of acting chief executive and general secretary until a replacement is found.

Dame Donna was announced as the head of the RCN in April 2019 after carrying out the post in an acting capacity since August 2018. She took on the reins from previous chief executive Janet Davies, who left under a cloud because of communication over healthcare workers’ pay deal in England.

She had joined the union as head of nursing in 2015. Before that, she was clinical director of emergency medicine at Barking, Havering and Redbridge University Hospitals Trust, and executive director of nursing at the Southeast London Cluster Board.

Before the pandemic hit, she made a start tackling issues such as pay and safe staffing in nursing.

In her first speech as RCN chief executive Dame Donna said the ‘challenges are coming at us thick and fast, from all sides’, Nursing in Practice’s Mimi Launder reported. She made safe staffing legislation the key plank of her speech, saying employers and ministers were ‘all too happy to let individuals take the blame for failings that are genuinely systematic’.

During the pandemic she has continued to call for better pay for nurses and for staffing levels to be boosted, including urging the Government to ensure every school in England has its own full-time nurse.

Dame Donna wrote a blog for Nursing in Practice at the start of the year, saying general practice nurses were the ‘bedrock of the health and care system’.

Carol Popplestone, vice chair of the Royal College of Nursing Council said: ‘We thank Dame Donna for all her service to the college as general secretary and chief executive and wish her well.’