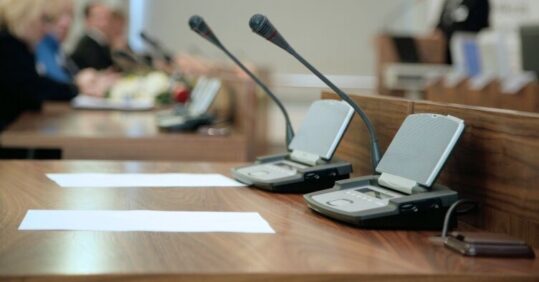 Leading RCN members have stressed that the council must now voluntarily step down in order to give the college a fresh start and restore accountability.

RCN members last week voted by 93% in favour of a motion calling for current and relevant members of Council, during the period from 2018 to July 2021, to resign with immediate effect and not to put themselves forward for future elected roles within the RCN.

This comes after the publication of the Carr report, a damning internal investigation of the culture of the RCN, which found that the college was ‘an organisation which at its top, is riddled with division, dysfunction and distrust’ and exposed a culture of sexism and racism in the organisations management.

However, members have raised concerns that the council is not constitutionally required to resign. Neither the colleges’ Royal Charter nor the Standing Orders specify the circumstances in which a council member may be removed nor is there any ruling on votes of no confidence.

A spokesperson for the RCN said:’Following the EGM, Council has met to consider next steps and several Council members have subsequently resigned. We will be in a position to give a fuller update, including continuity arrangements and time scales for elections, at the end of the week.’

The RCN also confirmed that while the vote of no confidence is not binding, members of the council are expected to act on it.

Dr Ruth Oshikanlu, an award-winning nurse and midwife who played a pivotal role in bringing about the vote of no confidence, hoped that the motion would ‘bring some accountability’ to the council.

However, when asked if she thought the council would step down, told Nursing in Practice: ‘I wouldn’t hold my breath, I’ll believe it when I see it. That’s really sad for the members as staying put adds to the evidence that the council are not willing to change their culture’.

She continued: ‘This is to have a clean sweep of those who are implicated so we can ensure that we have a council that’s fit for purpose and for them to ensure that the interests of members are at the heart of everything we do.

‘We need an effective council to challenge the Government, when there is dysfunction you can’t get anything done because there is no accountability.

‘Not everyone on the council acted that way, but those who kept quiet perpetuated those behaviours. So hopefully anyone who stands for council now will know there is accountability.’

Dr Lola Oni, who also played a role in bringing about the no-confidence vote, said that the council’s next steps would decide the future direction of the RCN.

She said: ‘Even though we’ve voted, if these individuals say they’re not going, they assume there’s nothing we the members can do.

‘My main concern is that the council feel that they can ignore the peoples’ vote and there will be no consequence for that. As a member-led organisation we need to consider what we are going to do if they refuse to respond to the members’ wishes and they fail to act accordingly.’

Dr Joan Myers, a Queen’s nurse and trustee of the Florence Nightingale Foundation, agreed that due to a ‘lack of insight’ into their own behaviour, some council members may not feel compelled to step down.

‘The only recourse [in case of them not stepping down] is for the members to abdicate,’ she explained. ‘If they’re not leaving then we’re leaving.’

Dr Myers said she stepped down from the RCN council last year after experiencing some ‘shocking’ behaviour from other members.

‘There’s was a lot of collusion among a small group of council members,’ said Dr Myers, speaking about the RCN council members implicated in the report, while some were complicit in that they condoned many of the behaviours witnessed.

‘There was no integrity. The microaggressions, the gas-lighting, the bullying; I saw it in plain sight and it just seemed to be their normal pattern of behaviour.

Following the announcement of the no-confidence vote, there have also been reports of an increasing level of toxicity and mistrust growing among the union’s members, as well as current members of the council receiving a large amount of online harassment and abuse.

Shaun Williams is a former council member who stepped down due to conscientious reasons after the publication of the Carr report, although he was not implicated by the report.

Mr Williams said that he felt he had to stay away from the EGM because of ‘some of hostility I had faced online because of this and the expectation that a lot of longstanding members who vocally did not support the vote were in attendance.

‘It was evident that it was tense atmosphere with a lot of support for RCN council and many against the vote of no confidence in the room, that’s what made the result so shocking.

RCN members said that tension between members seeking reform and the ‘old guard’, a term some used to describe the group who were against the vote of no confidence, has led to increasing conflict.

Dr Myers also told Nursing in Practice that three student members of the RCN who spoke out in support of her after her resignation were bullied to the point that one left the nursing profession entirely.

Meanwhile, Dr Oshikanlu said she had to close her Twitter direct messages to avoid abuse.