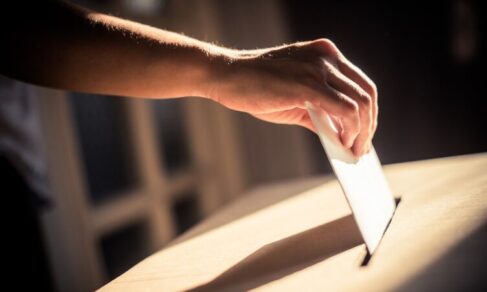 RCN members voted for current and relevant council office holders to step down in a no confidence vote held at an Extraordinary General Meeting (EGM) yesterday.

The no confidence motion in the RCN Council passed with a majority of 93%, with 7% against, although – according to social media posts from members at the meeting – only 18,447 RCN members voted, from an overall membership of over 465,000, which is equivalent to around 4% of the membership.

Members were asked to vote on a resolution of no confidence in the council’s leadership during the time period investigated as part of the Carr review, published last month.

The Carr review, an independent internal investigation into the culture of the RCN, exposed a toxic culture in the RCN Council. EGM attendees heard from Bruce Carr KC himself, who conducted the review, and RCN chief executive Pat Cullen, who instigated the review.

Following the Carr review, Ms Cullen had pledged to completely ‘overhaul’ the organisation and bring about ‘transformational change’.

Shaun Williams, a student member of the Council who ‘resigned for conscientious reasons’, told Nursing in Practice ‘It should have never have had to come to a vote of no confidence. This all could have been avoided if they had took the professional course of action, and had resigned and apologised closer to the reports publication.

‘The RCN needs a clean slate and will have to start afresh. I have every faith in Pat Cullen and her team in leaving no stone unturned in rooting out poor professional standards and improving corporate governance.’

However, the Carr review also found that the RCN was ‘anti-democratic in that it allows a tiny proportion of the membership to stifle legitimate activity.’

Mr Carr found that the council had been unable to govern due to a ‘paralysing’ fear that a small majority would call an emergency general meeting and remove members of the council.

The RCN only requires 1,000 members, or 0.2% of the membership, to sign a form in order to call an EGM, a far lower proportion than in almost all other unions, it highlighted.

Proceeding the vote of no confidence, yesterday’s meeting also saw a presentation from chair of the RCN Council Carol Popplestone on what action has been taken in response to the issues highlighted in the review.

Ms Cullen, speaking at the meeting, said: ‘Today is a day for members to hold the College to account for what it has done, what it’s going to do, and what it’s about.’.

‘Standards fell too short, and I want to wholeheartedly repeat my apology to members for that. There will be no greater priority for me than addressing each and every learning point discussed today, working closely with elected and non-elected members every step of the way.’

The RCN also confirmed that the vote would not affect the upcoming nurses’ strikes in December.