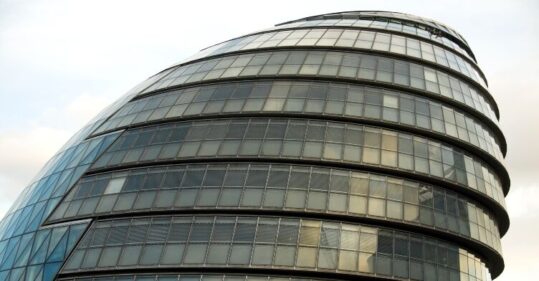 Staff shortages and the rising cost of living were at the forefront of discussions when RCN London representatives met with the city’s mayor Sadiq Khan for talks about the ‘current nursing workforce crisis.’

Members spoke ‘openly and frankly’ at Monday’s meeting about how the rising cost of living in the capital, especially rising transport costs, is ‘putting more and more staff under severe financial pressure and making it harder for employers to retain nursing staff, risking patient care,’ the RCN said.

Car parking charges and long delays in reimbursement for upfront charges, such as claiming NHS mileage, were also highlighted as issues hitting nurses’ pockets, as well as lack of access to affordable housing.

Some members spoke of how their NHS trusts had set up ‘food swaps’ to help staff who are struggling to make ends meet.

They also spoke about the realities of nursing through the pandemic, with some members telling Mr Khan it ‘came at great personal cost to their own mental health,’ said the RCN.

While he is not responsible for delivering healthcare, the mayor said he is trying to ease some of the burden nursing staff are facing. He told members about new measures he introduced last year to increase access to immediate housing for key workers, such as nursing staff. He also reiterated his support for RCN London’s calls for NHS trusts to use surplus NHS land to prioritise building homes for staff.

The mayor said ‘looking after nursing staff must be a priority for employers,’ and promised to continue to push both the London NHS leadership and the government to prioritise recruitment and retention of staff.

It come after the NMC reported that 27,133 professionals left the register in 2021-22, which is 13% more than the year before and ‘starts to reverse a downward trend in leavers over the recent years,’ the NMC said. The main reasons people left included ‘too much pressure’ and ‘poor workplace culture,’ and more than a third of survey respondents said the pandemic influenced their decision to leave.

Mr Khan said: ‘Our city’s nurses made huge sacrifices during the pandemic and continue to go above and beyond to care for Londoners. I’m committed to doing all I can to support them.’

Chair of healthcare and workforce modelling at London South Bank University, Professor Alison Leary, attended the meeting and said it was ‘a frank and welcome discussion’ about the ‘current nursing workforce crisis.’

Interim regional director of RCN London, Mark Farmer, called it ‘a masterclass by London members in speaking truth to power,’ and said ‘they brought passion, challenge and valuable insight. I could not be prouder.’

RCN London Board Chair, Jim Blair, said nursing is ‘vital’ in helping the mayor deliver some of his key public health priorities, and that he should see nursing staff as ‘part of the solution’ to help reduce health inequalities in the city.

Over the past two years, RCN London has worked in collaboration with the mayor and his team to raise issues affecting nursing staff and their patients, specifically, concerns about nurse staffing levels, rising transport costs and access to affordable housing. RCN London said it will continue to work with the mayor to ‘identify opportunities to amplify the voice of nursing and support the profession.’

The NHS has a target of recruiting 50,000 additional nurses by 2024, as the International Council of Nurses calls for governments to act over a worldwide nursing shortage, warning that it poses ‘the greatest threat to global health.’

The Department for Health and Social Care announced in August 2020 that healthcare workers would be able to take on 2,000 nursing degree apprenticeships every year for the next four years with £172m funding, but healthcare leaders warned at the time that it would not solve the workforce gap.

The RCN union, King’s Fund think-tank and prominent voices in nursing did not believe it would reverse the high number of vacancies in the profession, which stood at around 40,000 in heath and care settings England before Covid-19 hit. In March this year, Chris Hopson, NHS providers chief executive, warned how Health and care staff shortages are ‘very clearly’ impacting care in the UK, with shortages in the nursing workforce compromising patient care even before the Covid-19 pandemic began, data has suggested.