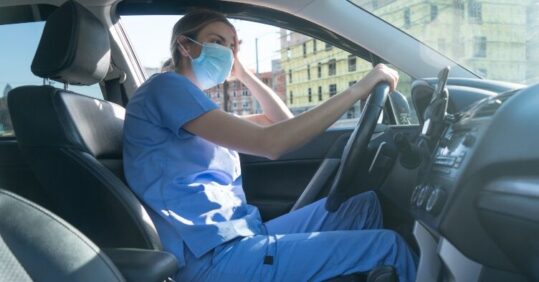 The RCN has said it has identified several NHS organisations not paying nurses the existing national mileage rates amid rising fuel costs.

It will be taking local action to negotiate an increase in mileage rates within underpaying Trusts and has asked chief nurses to support this work, it announced in statement this week.

In the statement, the RCN also repeated its call for an ‘urgent and early review’ of the current NHS mileage rates as rising fuel costs hit the pockets of nurses who travel for work.

The NHS Staff Council reviews mileage rates in April and November every year. The trigger for a change in rates is a 20% increase or decrease in motoring/fuel costs over the 12-month average prices, but there have been no rises in payments since July 2014.

Patricia Marquis, Director of RCN England, said ‘dedicated’ nursing staff ‘should not be left in financial difficulties as a result of doing their jobs’.

She continued: ‘We hope that the executive teams of England’s NHS trusts will support us as we take action to ensure every member of staff receives the mileage rates they require. We also urge other organisations employing nursing staff to review mileage rates.’

The RCN added that the Government should also meet its demand for a pay rise for NHS nursing staff of 5% above inflation to mitigate fuel price increases and the cost of living crisis.

The Chancellor Rishi Sunak announced a 5p per litre cut in fuel duty as part of his spring statement to tackle rising fuel prices, but the RCN said at the time that this is ‘not enough’ to stop nurses having to contribute to the running costs of their car at work.