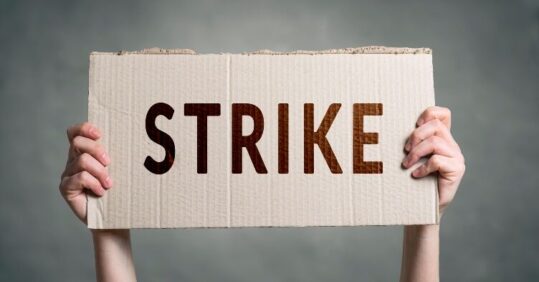 The RCN has described government proposals to allow agency workers to cover striking workers as ‘deeply undemocratic and unsafe for patients’.

The proposals will also increase the level of damages a court can award in the case of unlawful strike action. MPs narrowly voted in favour of the proposals yesterday, with 289 voting in favour and 202 against.

Speaking in the House of Commons, Jane Hunt, parliamentary under secretary of state at the Department for Business, Energy & Industrial Strategy (BEIS) and MP for Loughborough, said that businesses would still be required to use ‘only suitably qualified workers’ during striking action and that the increase in damages was ‘in line with the retail prices index’.

She said: ‘Some trade unions appear to be looking to create maximum disruption in a bid to stay relevant, rather than constructively seeking agreement with employers and avoiding conflict. In the light of this, the government have reviewed the current industrial relations framework and have come to the conclusion that change is needed.’

A recent RCN poll showed that public support for nursing staff taking industrial action in their fight for fair pay had risen sharply to almost half.

In May, 42% of the respondents said they were ‘very’ or ‘quite’ likely to support nurses taking industrial action over their pay. That figure rose to almost half this month (49%).

RCN director of employment relations and legal services, Joanne Galbraith-Marten, said: ‘This week, the public showed that they support nursing staff taking action to get the pay rise they deserve. Yet the proposals passed today in the House of Commons, seeking to undermine potential industrial action, are deeply undemocratic and unsafe for patients.

‘Health professionals already face the most draconian anti-trade union laws. Any industrial action by our members is very carefully planned to keep patients safe already – bringing in less qualified or agency workers instead could put patients at risk.’

Ms Galbraith-Marten added: ‘Silencing health workers silences the patient voice too. The House of Lords now have the chance to do the right thing and halt this cynical attack on nursing staff and patients.’

The proposals are expected to be discussed in the House of Lords on Monday 18 July.

The UK government was expected to announce the 2022/23 pay award for NHS staff in England in April, but a figure is yet to be disclosed, although NHS England warned last week that a pay rise above 3% will not be possible without either service cuts or further central funding.

The RCN has called on newly appointed health and social care minister Steve Barclay to announce a ‘significant and restorative’ pay rise before the House of Commons rises for summer recess on 21 July.