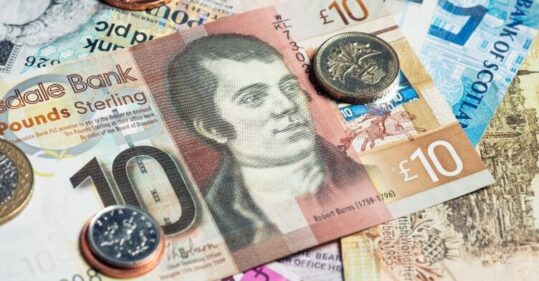 The RCN is to consult its members over a 5% pay increase offer from the Scottish Government, which it says ‘falls far short of expectations’.

Scottish health secretary Humza Yousaf said the below-inflation pay rise offer to NHS Scotland staff on Agenda for Change (AfC) contracts is ‘a demonstration of how much we value our NHS staff who have worked tirelessly to keep us safe during the course of the pandemic’.

RCN Scotland Board chair, Julie Lamberth, said it ‘falls far short of our expectations of a fair pay award of RPI inflation plus 5%,’ and Wilma Brown, chair of public service union Unison’s Scottish Health Committee, said the pay offer ‘falls well below the current level of inflation and is a real-terms pay cut for health workers’.

In line with public sector pay policy, all AfC staff will be paid at least £10.50 per hour. This involves a rise of up to 5.36% for some workers.

But Ms Lamberth argued RCN members ‘deserve an above-inflation pay award that recognises their safety-critical role and makes up for years of pay restraint’.

She said: ‘[Members have] demonstrated their worth many times over during the pandemic. They have put their own health and wellbeing on the line day after day, month after month. They continue to do so as we move into remobilisation and recovery.’

The pay offer follows negotiations between the Scottish Government, NHS employers and unions, which ended on 14 June without agreement.

It comes after a 4% pay rise last year, to which RCN Scotland lodged a formal trade dispute with the Scottish Government, pushing for 12.5%.

Kay Sillars, Unison Scotland’s regional manager, said news of the 5% pay rise offer will ‘come as a blow to health workers who are already struggling to make ends meet as day-to-day living expenses continue to rise’.

She said achieving ‘a significant pay increase’ is ‘essential to support the retention of current staff and to stem the flow of staff leaving NHS Scotland over the next year’.

She warned: ‘We already have 6,500 nursing vacancies across the country and offering health workers another real-terms pay cut is only storing up future problems for the NHS.’

Under the Scottish Government’s offer, frontline workers would receive pay rises ranging from around £1,000 to £2,400, depending on roles and experience.

Mr Yousaf said the NHS Scotland AfC workforce ‘have long had the best pay and conditions in the UK,’ and the offer of a 5% pay rise demonstrates the Scottish Government’s ‘commitment to ensuring that continues to be the case’.

He continued: ‘In fact, as we’re building on NHS Scotland staff being the best paid in the four nations, the UK Government would need to deliver pay uplifts of between 6% to 14% to frontline NHS England Agenda for Change staff to catch up with pay levels in Scotland.

‘This has been another exceptionally challenging year for our health service and I am pleased that the Scottish Government is able to recognise the service and dedication of our healthcare and support staff. We will be forever grateful for their professionalism and care.’

But GMB Scotland said the Government’s offer ‘doesn’t go far enough’, when you consider NHS staff are ‘over two years and counting on the frontline of COVID-19, under-staffed and over-worked, and now in the grip of the biggest cost-of-living crisis in 40 years, with soaring inflation and eye-watering energy bills.’

Ms Brown added: ‘Our members will want to know why NHS staff on the highest pay bands will receive a rise of more than £5,500 per year, while hard-working domestics, porters, nursing assistants and others on the lowest bands are only deemed to be worth circa £1,000 per year.

‘We have made it clear to the Scottish Government that our members will be disappointed and we will now be consulting our members on next steps. We would urge all of our members to look out for their ballot in the coming weeks.’

NHS unions will now consult their members on the offer, and the RCN, which is demanding a pay rise of 5% above inflation for NHS staff across the UK, said it will be updating members shortly on what the offer will mean for them and how they can have their say on it.

‘Our members will have the final say on whether or not this pay offer makes the grade, so I’d once again urge members to take five minutes to check their contact details are up to date,’ Ms Lamberth said.

The UK government is expected to announce what pay rise NHS staff in England will be awarded for 2022/23 soon.

In May, RCN members met with London’s mayor Sadiq Khan for talks about the ‘current nursing workforce crisis,’ with the rising cost of living and staff shortages at the forefront of discussions.