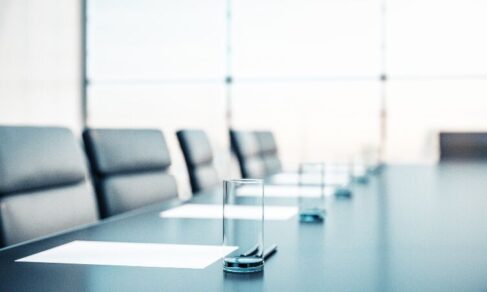 The RCN has criticised health and social care secretary Steve Barclay after he ‘showed no signs’ of offering formal pay negotiations as the union prepares to announce nurses’ strike dates.

Steve Barclay came under fire from the trade union after he refused to commit to ‘seriously negotiate’ with the RCN during an interview with Laura Kuenssberg on Sunday.

This comes just days before an ultimatum set by the RCN, telling Mr Barclay that ‘unless our next meeting is formal pay negotiations, beginning within the next five days, we will be announcing the dates and locations of our December strike action’.

When pressed on the issue, Mr Barclay said: ‘My door is open and I have been meeting with them [the health unions]’.

He said: ‘We have been talking to them and, as you say, it’s not simply about pay. On pay, we’ve accepted in full the independent pay review body’s recommendations, that’s a minimum of a £1,400 increase.’

Mr Barclay added: ‘We have listened, we have respected in full the independent pay review body’s recommendations where they look at these issues in the round.’

‘Just an hour after we again urged him to come to the negotiating table to have detailed, formal discussions on pay and patient safety, he showed no signs of doing so. He has finally admitted what we’ve been saying about years of neglect, underinvestment and, as a result, underperformance, but that is not enough.

‘This is a key week for health and care. We need ministers to be bold and adopt a radical new position with serious investment in nursing, including fair pay. If governments don’t follow Nicola Sturgeon’s lead in Scotland, we will announce strike dates in December for the rest of the UK.’

This comes after the RCN said on Friday that it will not be announcing strike action in Scotland until new NHS pay talks with the country’s government conclude.

At the time, Ms Cullen stressed that the offer to delay strike announcements was open to all UK countries, if they also open pay talks.

And in a letter to Mr Barclay on Thursday, she had suggested the talks between him and the unions did not go far enough, unlike formal negoitions with the Scottish Government.

In the letter, she wrote: ’I must not let my members nor the public confuse these meetings for serious discussions on the issues of NHS pay and patient safety…

‘There is only value in meeting if you wish to discuss – in formal, detailed negotiations – the issues that have caused our members to vote for strike action.’