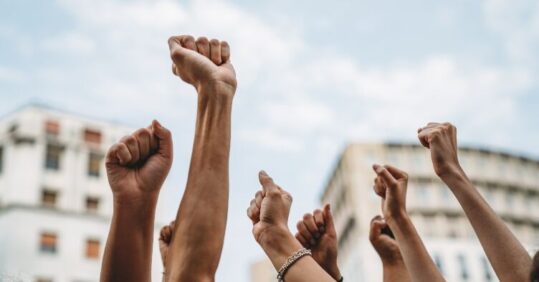 The RCN has announced where the strikes on 15 and 20 December will take place, and revealed that more employers will join in strike action in January unless negotiations are held.

Up to 100,000 nursing staff will take part in strike action across England, Northern Ireland, and Wales, the RCN said. No strikes will take place in Scotland after the RCN postponed strike action following a new pay deal from the Scottish Government.

There will be strike action in every NHS employer in Northern Ireland, all bar one in Wales, and in over half of the locations in England where the legal mandate for strikes were secured in November.

The RCN has said that strikes in other locations where the legal mandate was met will take place in January, unless negotiations are held.

RCN general secretary Pat Cullen repeated her call for the Government to enter into negotiations with the union, saying: ‘Ministers still have the power and the means to stop this by opening negotiations that address our dispute.’

Ms Cullen added: ‘Ministers have declined my offer of formal pay negotiations and instead chosen strike action. It has left us with no choice but to announce where our members will be going on strike in December.’

The RCN is currently calling for a pay rise of 5% above Retail Pirce Index (RPI) inflation, which would currently equate to a 19.2% pay rise, as RPI stands at 14.2%. The previous offer from the Government was an average raise of 4%, well below current levels of inflation.

The RCN claims that this pay rise is necessary to redress a decade of pay erosion that has left nurses 20% worse off in real terms.

However, many nurses maintain that while pay is important, many say that the true motivation for striking is to ensure safe staffing levels across the NHS amid chronic vacancies.

In the last year, around 25,000 nursing staff around the UK left the Nursing and Midwifery Council (NMC) register. There are also around 47,000 unfilled registered NHS nursing posts in England alone, and the RCN claims that poor play is a key factor.

Health and social care secretary Steve Barclay said: ‘These are challenging times for everyone and the economic circumstances mean the RCN’s demands, costing £10bn a year, are not affordable.

‘We have prioritised the NHS with an extra £6.6bn, on top of previous record funding, and accepted the recommendations of the independent NHS Pay Review Body to give nurses a fair pay rise of at least £1,400 this year.

‘Our priority is keeping patients safe. The NHS has tried and tested plans in place to minimise disruption and ensure emergency services continue to operate.’

The locations affected by strike action