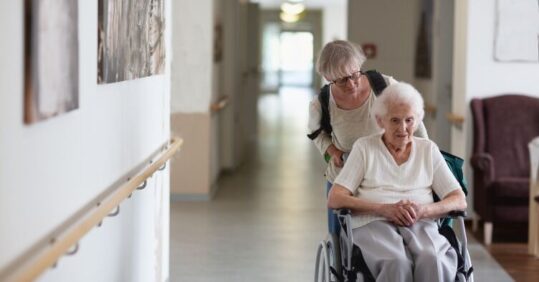 A social care leader has issued Conservative leadership candidates with a challenge to visit the ‘frontline’ of social care, and say what they plan to do to end the ‘care crisis’.

In an open letter sent to Rishi Sunak and Liz Truss, chair of the Independent Care Group (ICG) Mike Padgham challenged the two potential prime ministers to ‘visit a frontline social care provider to see for yourself the crisis facing the care of our oldest and most vulnerable citizens’.

Mr Padgham says he hopes that his challenge will get social care ‘in the minds’ of the candidates. ‘Politicians don’t think there’s votes in social care,’ Mr Padgham told Nursing in Practice, ‘what they don’t seem to understand is that the health services work well then social care is strong.’

‘I had a lot of faith in Boris Johnson to fix social care but that hasn’t happened, I want the next prime minister to be bold and tackle this problem head on.’

Mr Padgham wrote that ‘a beleaguered social care sector finds itself facing a massive staffing shortage and huge increases in costs, including fuel and utility prices.

Social care is widely believed to be heading into a crisis over low levels of staffing and escalating demand on services. In July the NHS confederation found that 99% of NHS leaders believe that there is a crisis in social care in their area which risks harming patient care.

This month, a report from the Levelling Up Committee found that the recent rise in nation in national insurance rates would ‘not touch the sides’ of huge funding gaps in the sector and could harm retention in the already critically understaffed industry.

Commenting on the letter, Mr Padgham, who is also the owner and director of St Cecilia’s Care Group, said: ‘I challenge the two candidates to visit front line delivery of social care and see for themselves the crisis facing the care of our oldest and most vulnerable.

‘We need urgent action to ensure the country does not suffer a catastrophic failure in the delivery of care accompanied by further collapse in the provision of NHS healthcare.

‘Years of neglect and under-funding combined with the current staffing shortages and soaring cost of living are pushing care providers to the brink of survival.’