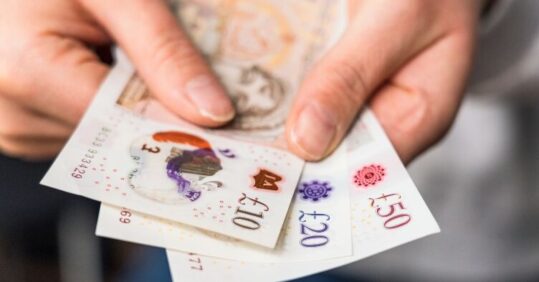 Voting has opened for Royal College of Nursing (RCN) Scotland members to have their say on whether to accept or reject the Government pay offer for 2022/23.

Members working in NHS Scotland on Agenda for Change contracts have been asked whether the Scottish Government pay offer is acceptable or unacceptable, and whether they would be willing to take industrial action, up to and including strike action, in response to it.

The RCN is recommending members reject the offer and has called for a pay increase of 5% above RPI inflation for NHS staff across the UK to ‘compensate for the failure of salaries to keep up with the cost of living during the last 10 years’.

Public polling has found strong support for an increased pay award for nursing staff, with 70% of those polled saying the offer was ‘less than adequate’ to recognise the value of nursing staff.

Julie Lamberth, chair of RCN Scotland board, said: ‘The pay offer is well below our expectations and what we need to reward us properly for the role we play, a role that is crucial in delivering safe and effective care. It is time for us to tell the Scottish government enough is enough. The pressures on nursing staff have long been unsustainable and patient care is put at risk due to low staffing levels.’

She added: ‘Nursing pay has been held below inflation for years and the spiralling cost of living has only worsened the impact of longstanding low pay. With staffing levels at crisis point and nursing vacancies at a record high, there has never been a more important time to fight for the pay that nursing staff deserve.

‘Fair pay is vital to protect patient safety, address staff shortages and demonstrate that the nursing workforce is valued as a safety critical profession. That is why we are recommending members reject the offer. It is now up to our members to decide what happens next. I would urge each and every RCN member eligible to take part to use their vote and tell us what you think.’

The offer followed negotiations between the Government, NHS employers and unions, which ended on 14 June without agreement. The pay offer, if accepted, will be backdated to 1 April 2022.

NHS nurses in Scotland saw a 4% pay rise last year, to which RCN Scotland lodged a formal trade dispute with the Scottish Government, pushing for 12.5%.

The UK Government is expected to announce what pay rise NHS staff in England will be awarded for 2022/23 soon, although NHS England warned last week that a pay rise above 3% would not be possible without either service cuts or further central funding.

The RCN has called on newly appointed health and social care minister Steve Barclay to announce a ‘significant and restorative’ pay rise before the House of Commons rises for summer recess on 21 July.

The decision will have an impact on what funds are available for an NHS pay rise in other UK countries and an announcement by the Welsh Government is expected to follow.

The RCN has demanded the immediate restoration of the Northern Ireland Government to address the escalating nursing crisis, as a government hasn’t been formed following elections in May.