Women increasingly likely to die during or after childbirth, data shows 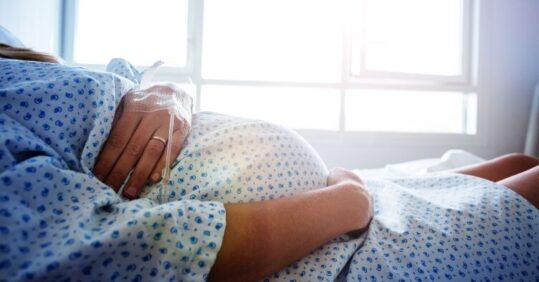 Women were more likely to die during or following childbirth between 2018 and 2022 than in previous years, with those in deprived areas or from black or minority ethnic groups dying at higher rates, a new report into maternal deaths shows.

The annual MBRRACE-UK (Mothers and Babies: Reducing Risk through Audits and Confidential Enquiries across the UK) report reveals that the frequency with which women die during childbirth or within 42 days after the end of pregnancy has increased, with suicide being the most common cause of death.

Martin Knight, a professor of maternal and child population health at Oxford Population Health, who led the study, said the research revealed a ‘widening gap for women who live in the most deprived areas compared to those who live elsewhere’.

One in nine women who died during or after pregnancy in this time period had severe and multiple disadvantages, based on available data on issues such as a mental health diagnosis, substance use and domestic abuse, although the report noted this could be an underestimate because of ‘poor data collection’ and ‘other factors’.

A further one in five of the women had involvement with social services, an indicator of higher levels of vulnerability and deprivation.

Professor Knight continued: ‘Many women who died had multiple disadvantages, health and social problems. It is critical that health professionals and service providers recognise and respond to the individual needs of all women during and after their pregnancies, and that sufficient resources are available to enable appropriate care across all services.

‘This latest report shows that urgent action needs to be taken across the maternity system in its widest sense to ensure that this worrying increase in maternal deaths is reversed.’

Naomi Delap, the director of Birth Companions, a charity specialising in the needs of women experiencing disadvantage through pregnancy, said that despite the positive trend in racial disparities data, there was still a long way to go, especially as socioeconomic disparities had increased over the same period.

Ms Delap said: ‘This maternal deaths report is a damning indictment of the Government’s failure to focus on the social determinants of health, and to invest in mental health support and wraparound services for women living in the most challenging circumstances.

‘The mortality rate among women living in the most deprived areas has increased even before we reckon with the impact of the cost of living crisis and austerity 2.0. This should be a huge wake-up call for national and local government and our NHS.’

The report also revealed a large rise in the prevalence of suicide as a cause of death, increasing threefold since 2017-2019.

Between 2018 and 2020, 40% of deaths in women who were pregnant or within six months of the pregnancies ending involved severe mental health issues.

In several instances, this removal led to an escalating pattern of mental health issues, substance misuse and domestic abuse, it ofund. In 38% of all cases, assessors said improvements in care may have made a difference to the outcome.

Ms Delap added: ‘Continuity of specialist mental health care throughout pregnancy and early motherhood should be an absolute priority, as should specialist care for women at risk of being separated from their children, or who have children removed.

‘These women are often victims and survivors of trauma and abuse and many have been in the care system themselves.’

The Department of Health and Social Care has not yet responded to request for comment.