Fall in UCAS nursing applications a ‘real cause for concern’, RCN warns 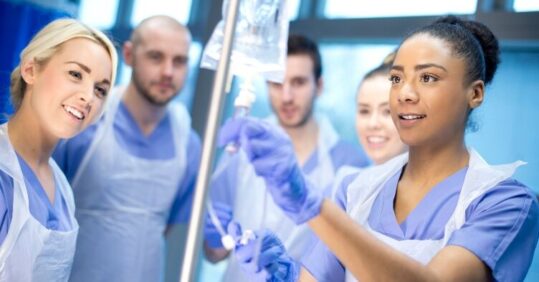 An 8% fall in UCAS applications to UK nursing programmes is ‘a real cause for concern amid a workforce crisis which is compromising safe patient care’, the RCN has warned.

These new figures from UCAS for 2021/22 are ‘further evidence that things are heading in the wrong direction,’ Pat Cullen, RCN’s general secretary and chief executive said.

The biggest ‘drop off’ in nursing programme applications is from mature students, the union highlighted, indicating that ‘financial pressures are at play and the prospect of taking on more debt when inflation is soaring is a bridge too far,’ Ms Cullen asserted.

The RCN has repeated calls for fair pay for nursing staff, with the UK government expected to imminently announce the 2022/23 pay award for NHS staff in England.

The union is calling for a pay increase of 5% above inflation, although NHS England has warned that a pay rise above 3% will not be possible without either service cuts or further central funding.

Public support for nursing staff taking industrial action in their fight for fair pay has ‘risen sharply’ in just a few weeks, as nurses wait for the pay award announcement, the RCN has found.

Meanwhile, the new UCAS figures show ‘stronger interest’ from 18-year-olds applying for UK nursing programmes, Ms Cullen acknowledged, and said this is ‘a testament to nursing staff inspiring the next generation,’ but added that ‘the profession is hugely diverse and relies on attracting people of all ages and all walks of life, often as a second career’.

The fall in UCAS applications comes amid ‘worrying’ proposed changes to nursing education in England that would see BTEC courses in health and social care scrapped, the union said, ‘instead steering people towards T-levels’, which are the new two-year courses taken after GCSEs broadly equivalent in size to 3 A Levels

‘BTEC courses are an established route for people of all ages to go on to study nursing at degree level, whereas T-levels are currently only open to 16 to 19-year-olds and require a 45-day work placement, which the NHS and social care settings are unlikely to have the capacity to provide.’

Dr Nicola Ashby, RCN’s deputy director for nursing education, research and ethics, said: ‘This is yet another example of the government making it harder, not easier, to get into nursing in England.

‘BTEC health and social care courses are a well-established route into nursing, with around a fifth of learners going on to do a nursing degree. They offer an opportunity for people from low-income backgrounds and mature students who might otherwise be denied it.

‘In addition, without government-funded tuition fees for nursing degrees, access to higher education will be further undermined. We support calls for an urgent re-think.’

In May, RCN members met with London’s mayor Sadiq Khan for talks about the ‘current nursing workforce crisis’, with the rising cost of living and staff shortages at the forefront of discussions.