‘I have nowhere to go’: Nurse ‘facing eviction over unpaid mileage expenses’ 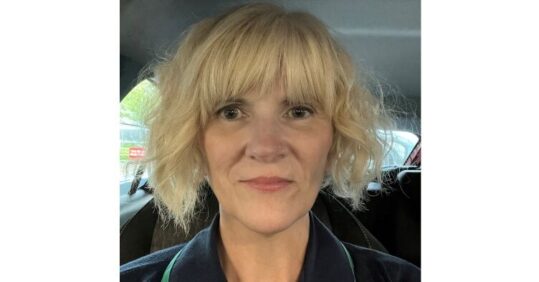 'I have nowhere to go': Nurse facing eviction due to fuel costs
Wiliam Hunter

A community nurse who claims she is owed up to £2,000 in backdated expense payments due to high fuel costs has said she and her children are now facing eviction from their home.

Jayne Stevenson, a community nurse for the Acute Hospital at Home Team at the John Radcliffe Hospital in Oxford, told Nursing in Practice she sometimes travels over 100 miles a day as part of her role visiting patients in their homes.

She relies on the mileage allowance paid by her Trust to pay for fuel costs, which have reached record highs in recent months.

However, she said that last year the computer system which staff use to log their expenses ‘kept throwing everything back at me’ and Ms Stevenson was unable to claim by the required deadline.

Ms Stevenson said: ‘It just kept coming back with this error all the time. Since you can’t claim back anything that’s more than three months old, I was having to pay out of my own money.

‘I was able to cope at first but then thing started to go a bit haywire at the beginning of this year, and that’s when I really began to struggle. By this time, I was getting behind on rent, but I was still going out on visits and diesel prices had skyrocketed. I was spending £60-£80 a week on fuel.’

In June, the QNI issued called on the Government to provide more support to community nurses who are affected by the rising fuel costs, saying that nurses ‘often wait weeks for reimbursement from employers and often this does not cover the real cost of running a vehicle.’

Despite rising fuel costs, since Mrs Stevenson drives a diesel fleet car, she is only entitled to the HMRC advisory rate of 13 pence reimbursement per mile driven.

Mrs Stevenson says that she often felt unsupported by the senior management of the trust, adding that she has been asked to work on the day of her eviction.

She says that the expenses have still not been paid over a year later. Mrs Stevenson estimates that she is owed over £2,000 in backdated fuel payments, more than enough to cover the money she owes in rent. She claims that she is even having problems feeding herself and her family.

‘It’s just getting to the stage where it’s impossible,’ says Mrs Stevenson, ‘I got an eviction notice saying they were going to kick me out and that was it.’ She recalls that one a day she could only afford to eat a few slices of toast and ‘a couple of biscuits’ because ‘I couldn’t afford to feed myself’.

‘The sad thing,’ says Mrs Stevenson, ‘is that I know I’m not alone. A lot of staff are leaving because of how they are treated. You have to stand up for yourself; we need a decent pay rise just so we can live a normal life.’

She says that she has now written her letter of resignation and plans to look for work elsewhere, potentially taking on bank shifts to remain working in healthcare.

While they were not able to comment on the specifics of this case, an Oxford University Hospital spokesperson said: ‘We are acutely aware that these are difficult times not only professionally, but also personally for many of our staff. The financial pressures created by price inflation, rising energy costs, and other cost of living factors can cause great anxiety and stress.

‘We have therefore put in place a number of measures to support our staff, including a £250 transport voucher; increased mileage rate; continued free staff parking; and a £100 bonus for all staff, and we and continue to explore other measures to help our staff with the high cost of living through a Cost of Living Group involving our Staffside Chair.’

This comes as the RCN urges its members to support strike action following a below-inflation pay rise awarded last month. The Government announced that there would be a 4% to the average basic salary for nurses on NHS Agenda for Change contracts.

The health and social care committee was warned by the RCN that six in ten members felt that their pay was inappropriately low, with the committee’s report on workforce retention concluding that: ‘It is unacceptable that some NHS nurses are struggling to feed their families, pay their rent, and travel to work.