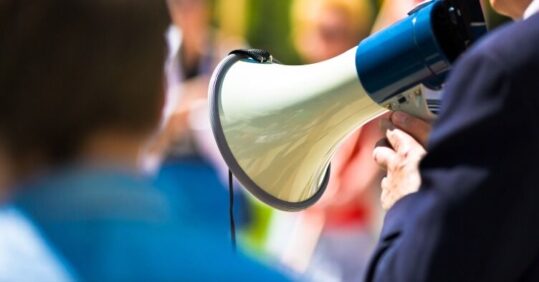 The NMC has confirmed that it will not take fitness to practise action against nurses solely for taking part in industrial action over pay, so long as they maintain standards of behaviour that the public has a right to expect from a healthcare professional.

The regulatory body has taken the opportunity to clarify its position ahead of upcoming industrial action ballots, once again reiterating that proper preparation and planning for continuity of care must be made.

From the 15 September until 13 October, RCN members on Agenda for Change contracts in England and Wales will be be balloted on whether to take industrial action over the Government’s proposed pay award.

Nurses on agenda for change contracts were offered a 4% uplift to the average rate of pay, well below current inflation rate of 10.1%. A similar RCN ballot on a nurses strike will take place in Scotland after 90% of members voted to reject a 5% pay award, alongside a ballot by Unison.

The NMC has stated that ‘nursing and midwifery professionals have the right to take part in lawful industrial action, including strike action.’

The organisation also said that if nurses working while colleagues are on strike make a mistake, it would  take context into account before taking action against them.

However, it reiterated that nurses should ‘behave in a way that promotes professionalism and trust at all times, including when taking part in industrial action’.

‘We believe the best way to encourage a safe, fair and open nursing and midwifery culture is to take into account how and why something has gone wrong,’ said the NMC.

‘Health and social care settings are complex, so concerns that may appear to be the result of poor individual practice can actually be caused by pressures on the health and care system they work in. That’s why our approach to fitness to practise ensures we take account of context when reviewing concerns.’

Nurses are reminded that the Code of Conduct applies at all times and are encouraged to ‘keep clear and accurate records relevant to your practice.’

The NMC also provided some clarification for student nurses wanting to take part in industrial action, saying that ‘some students may have the right to join in lawful industrial action, but you should seek advice from your trade union about this.

‘If you do take part in industrial action and miss part of or all of a planned placement or other learning opportunity as a result, you’ll need to speak to your AEI about making up for this later in your programme.’