Nurses call on Sajid Javid to ‘boost our numbers’ 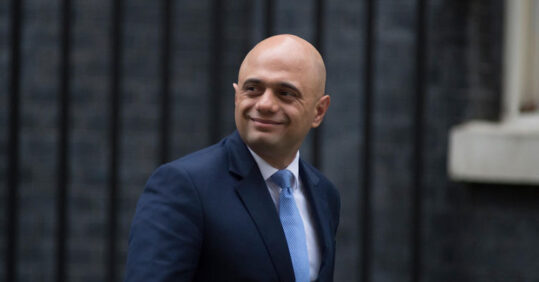 Unions and umbrella bodies have called on the newly appointed health and social care secretary to tackle the nursing shortages as a priority.

Sajid Javid, former chancellor of the exchequer, was appointed on the weekend shortly after Matt Hancock resigned following pictures being published in the press of the then health secretary kissing an aide.

‘I want our country to get out of this pandemic and that will be my most immediate priority,’ Mr Javid said, in a statement relased by the Department of Health and Social Care.yesterday.

Pat Cullen, the RCN’s acting general secretary and chief executive, in response to the appointment said: ‘Javid’s immediate priority must be tackling the shortage of nursing staff and paying them fairly for their highly-skilled and safety-critical work.’

The UK Government has been heavily criticised for the suggested 1% pay rise for NHS workers in England and the RCN has threatened to strike over the matter.

Mr Javid will now preside over the pay rise decision and any consequences. The NHS Pay Review Body (PRB) was due to give its recommendations to ministers last month. The Department of Health and Social has said it was delayed to this month – which gives the PRB three days to hand in its suggestions for ministers to make a final decision.

Ms Cullen continued: ‘Sajid Javid must hit the ground running. With the unrelenting pressure on the nursing workforce, their role in protecting the nation during the pandemic and role delivering the vaccination programme, we expect to meet with urgency.’

The School and Public Health Nurses Association (SAPHNA) has called on Mr Javid to stop the decline in school nursing numbers, especially as he urged the Government to do the same back in March, as reported by Nursing in Practice.

Alison Morton, executive director of the Institute of Health Visiting, said: ‘We hope that he will make good the government’s ambition to give every child the best start in life by boosting health visitor workforce numbers and putting plans in place to stop further cuts.’

Matthew Taylor, chief executive of the membership body the NHS Confederation, said Mr Javid’s former role as chancellor should be an advantage as he is likely to ‘know the Treasury inside out’.

‘It is imperative that Sajid Javid uses these connections to ensure the NHS gets the investment it desperately needs, alongside delivering long-term reform for social care.’

There will be pressure on Mr Javid to ‘fix social care’, as promised by his boss Boris Johnson in his first speech as Prime MInister in 2019. Reforms by the end of this year were promised in the Queen’s Speech last month.

Mr Javid will also oversee the implementation of the health and social care bill, which should also be brought in by the end of the year. This is expected to bring health and care services closer together and tackle health inequalities, though measures to address issues such as obesity.

The Public Accounts Committee said in a report this month social care ‘deserved better’ from the Government.

Mr Javid paid tribute to predecessor Matt Hancock in broadcasts over the weekend, saying the former health secretary had ‘more to offer in public life’, as reported by Nursing in Practice‘s sister title Pulse.

The new health secretary declared his priority is to return the country to ‘normal as soon and as quickly as possible’.

Last year Mr Javid said he felt the country should be looking to move out of lockdown earlier to support the economy,

In an interview with Sky – highlighted by its political correspondent Rob Powell – Mr Javid said in May 2020: ‘We’re going to have to co-exist with this virus for I think many months, if not potentially years. But we’ve got to find a way forward and that does mean you’re relaxing, as much as you can.

‘As well as listening to the scientists we also need to think carefully about the impact on the rest of society and the economy and jobs and wider social impacts and that does mean, I think, that when it comes to opening up you want to go as far and as quick as you can.’

Mr Javid has previously been home secretary and chancellor. Like his two immediate predecessors, Mr Hancock and Jeremy Hunt, he is a previous culture secretary.

Before entering politics, he was in business and finance. Aged 25, he became a vice president at chase Manhattan Bank. He later moved to Deutsche Bank in London.

Mr Hancock apologised in his resignation letter to Prime Minister Boris Johnson for breaking guidance. He said: ‘We owe it to the people who have sacrificed so much in this pandemic to be honest when we have let them down as I have done by breaching the guidance.’

Mr Javid will be giving a statement this afternoon on the lifting of Covid restrictions, which are due to go ahead on 19 July.